If you’re an extrovert, this book will probably turn you into an antisocial creature. And if you’re an introvert, already not a big fan of human interaction, well… I’m guessing you’ll feel even less the desire to get out of the house. Like…ever!

I was in such a strong mood for a phychological thriller and this book was honestly the best choice I could have made! I looooved it! I don’t even know how to start describing how perfectly the author mastered the whole story, the evolution of Keith, the main character of the book and the development of the relationship with his object of adoration, Sally.

To how many people do u smile or say “Hello” or “Thank you” to during the day? How many of these people are strangers? The security guys from your office or apartment building, the vendors from your regular grocery shop, the bus drivers on your commute, the courier from your favorite food delivery place. You’re a nice, decent person, so you salute them and acknowledge their presence. You know all of them by sight, but they are still strangers to you. But what if…you are not a stranger to them? Not anymore, since the day when, unlike most of the people, you smiled to one of them in a way that, for him, it was personal and intimate.

Sally doesn’t know it yet, but once she smiled to Keith, the veeery awkward security guy from her office, their relationship started already. And it’s just a matter of time until she will find out as well. And once she does, it might not be in a way that she will like it.

I think the best part of the novel is the way the author built a whole history of his main character. Instead of just throwing an anti-hero that is just mentally disturbed or pure evil, David Staniforth creates a very credible background that facilitates the evolution of a mental illness. We dive into Keith’s childhood memories in the most disturbing way, when the teriffied child inside of him still kicks in and takes control over the adult Keith, reliving those awful years over and over again. There was no way for him to escape that horrible life as a kid and once he grew up, it was too late to even try fixing things. Because his normality looks completely different from our normality and from his perspective, Keith sees himself just a bit awkward. He does know that he’s not quite like everyone else, but in no way he understands or identifies the magnitude of his sickness. And this is probably the most horrific thought that haunts you throughout the entire read. How so many people are living in their own, distressed universe and how little do we know about this. They look normal, act (almost) normal, but once you interact with them, you might discover that it’s like meeting an alien from another planet. That absolutely nothing that makes you, you, is common or known for them. And whatever moulded them in such ways during decades is probably completely impossible for you to comprehend.

The whole book keeps you on pins and needles and every step that Sally takes towards Keith makes you want to scream at her “RUN!”. But she doesn’t. Because she’s a nice person. Just like you are. And you continue to smile politely to all the strangers in your life, to help them if you can, to become a friend for those who seem lonely, completely unaware of the dangers that lie behind their awkwardly sweet replies, having no idea that their brain would never resonate with all the things that you find normal.

I rated the book with 5 stars on GoodReads without even a blink of an eye. The sinopsis is already sending you chilly vibes on your spine and the execution of the whole idea is brilliant. 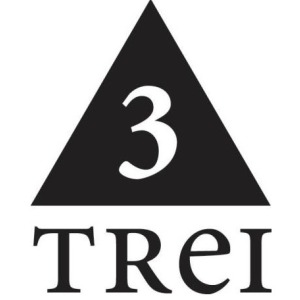