“Local police have announced that they’re closing the investigation of the suspected drowning of 37-year-old painter Colleen Westcott. She disappeared on April 11, 2010, and her car was found parked near the waterfront in Cleveland two days later, but her body has never been found. The chief of police has stated that no concrete evidence of foul play has been discovered in the probe.”

I close the online search window, annoyed. These articles never have enough detail. They think my husband’s first wife disappeared or they think she is dead. There’s a big difference.

My phone rings, jarring me away from my thoughts, and when I pick it up, it’s an unknown number. The only answer to my slightly breathless hello is empty static.

When the voice does finally come, it’s female, low, muffled somehow. “Where is it, Claire? What did you do with it? Tell me where it is.”

A woman. A real flesh-and-blood woman on the other end of the phone. She’s not just in my head.

A wave of panic spreads under my skin like ice water. It’s Colleen.

Oh, how confused I felt during the reading of this book…

It starts as a classic family thriller, with a growing feeling of unhappiness, in contrast to the dreams of joy that the main character had when she got married to the one who looked like the ideal husband. And then, slowly, things start to change and you get the feeling that something is wrong, although you cannot really put your finger on what exactly it is. The heroine starts acting weirder than the situation would ask for, normal things begin to look shady, the characters keep changing colors from white to black and vice versa from one chapter to another.

At some point, I was annoyed with the heroine, thinking she’s overreacting and going paranoid for absolutely nothing. Because we’re getting the whole story from her point of view, for a while things don’t seem to make sense, everything is foggy and unclear.

Not until the perspective changes and all of a sudden, boom! Here comes the shocking truth and after that, everything is spiraling out of control, all the puzzle pieces start falling in the right places and you discover a whole new story, in a way you couldn’t have predicted in a million years. 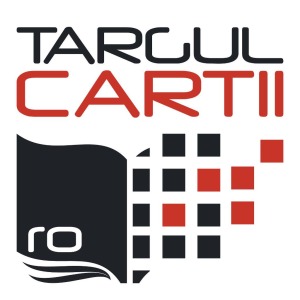